The following report is from Ryan Hellyer.

Dave Patchett and I decided to attempt an early morning skate before work. We travelled to the Swampy Summit track which leads off of state highway 1 at the top of the hill between Waitati and Dunedin city. We left the bottom of the track at 6am. The track up is in very good condition, but the winter conditions have left a very slippery surface in some places lower down. As we got further up, the snow become fluffier and less slippery to walk on. Eventually we popped out onto a ridge where we found some promising looking puddles, including one which we decided we would actually skate on if all other attempts to find ice failed.

We ran out of time to inspect the large main ponds in the swamp itself, but  we did reach the smaller pond close to the side of the access road. The pond was watery at one end, but frozen at the other. The edges at the frozen end were very thin and we needed to use a plank to get out onto the ice surface. The surface itself was a little bumpy due to the recent snow dump, but consisted of around 40 mm of soft snow ice. We had a very brief skate before having to head down the hill again. Since the pond is fairly small, the lack of locked in edges was problematic as it was important to avoid getting too close to the shoreline as excessive amounts of water began creeping onto the ice surface. 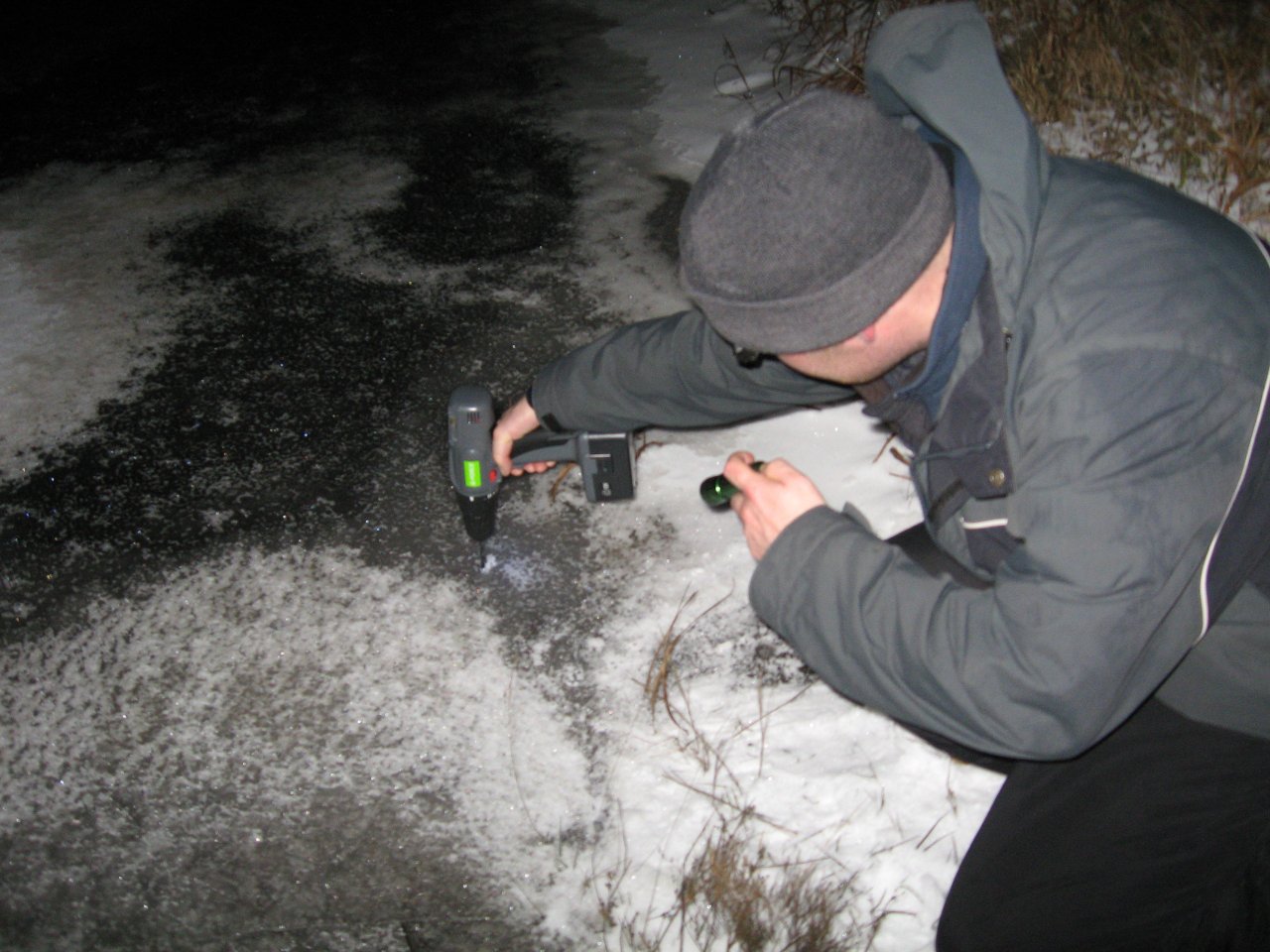 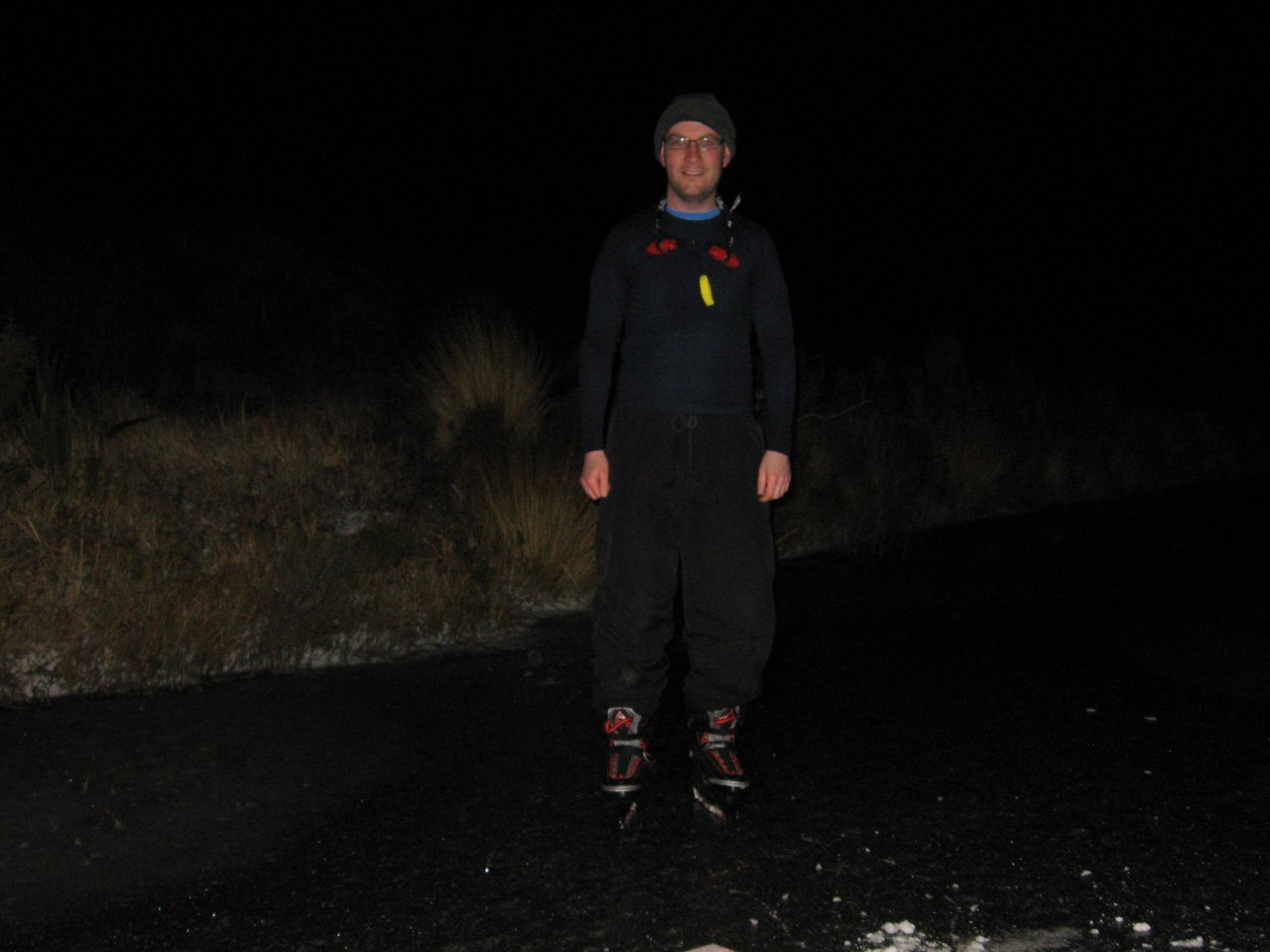 Ryan Hellyer on the ice. Photo courtesy of Dave Patchett. 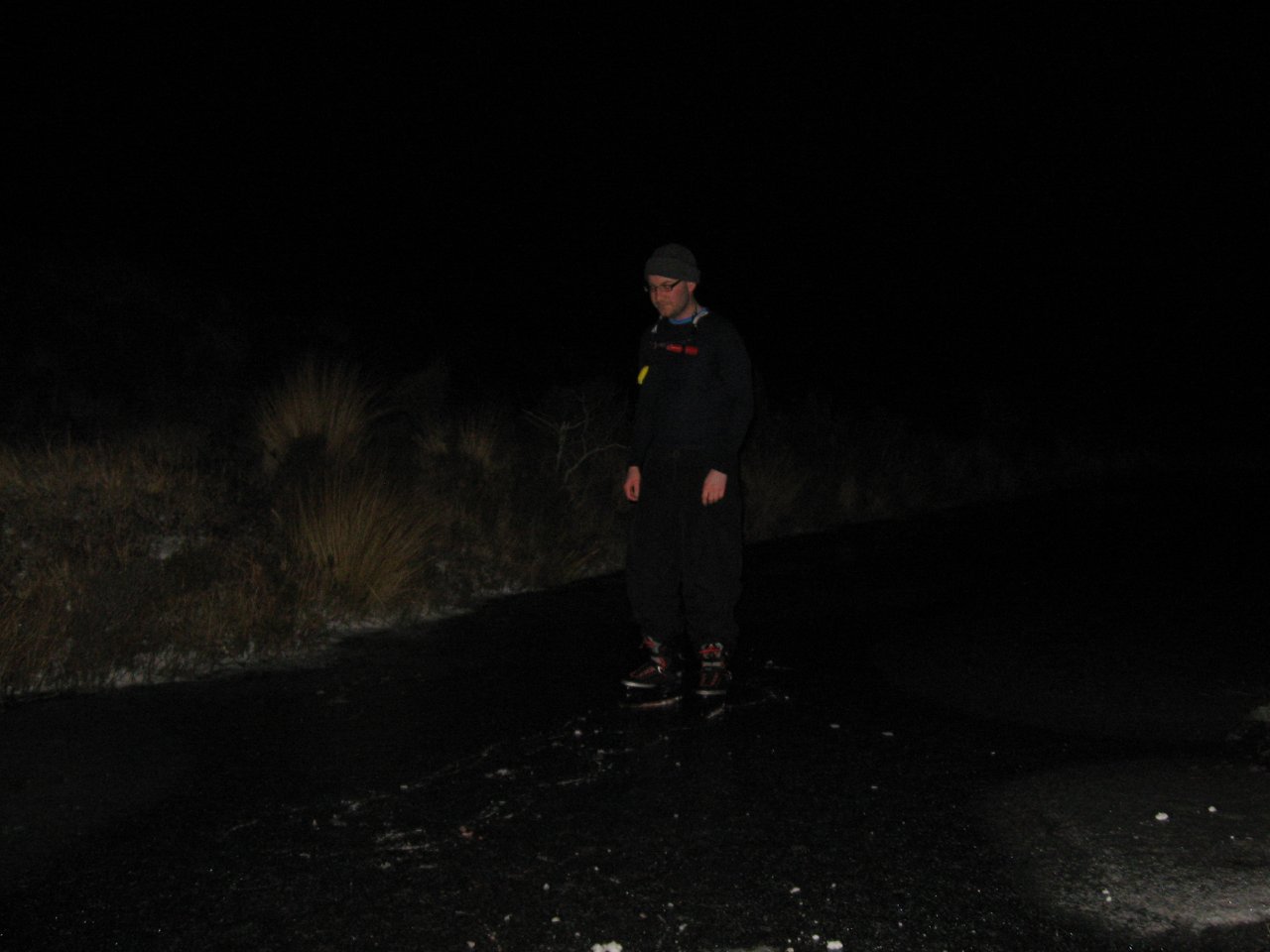 All in all, this was a very productive trip. There was little sign of frost around Dunedin at the time and so a few good stiff frosts should theoretically strengthen the ice to a point where it should be reasonably good to skate on.

View of Dunedin City taken during the descent back to the car park. 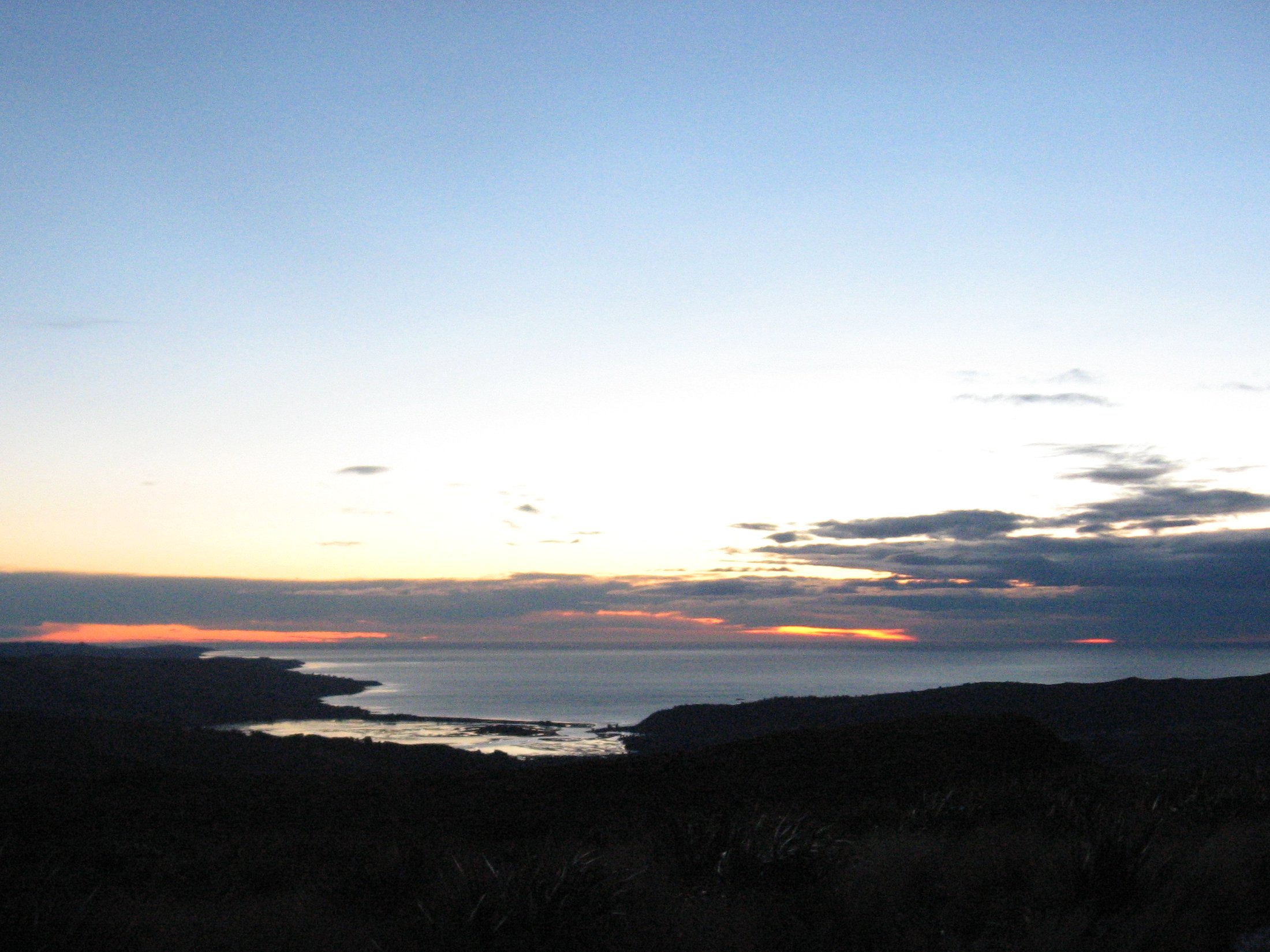 View towards Waitati. Photo courtesy of Dave Patchett. Taken during the descent from Swampy Summit back to the car park.